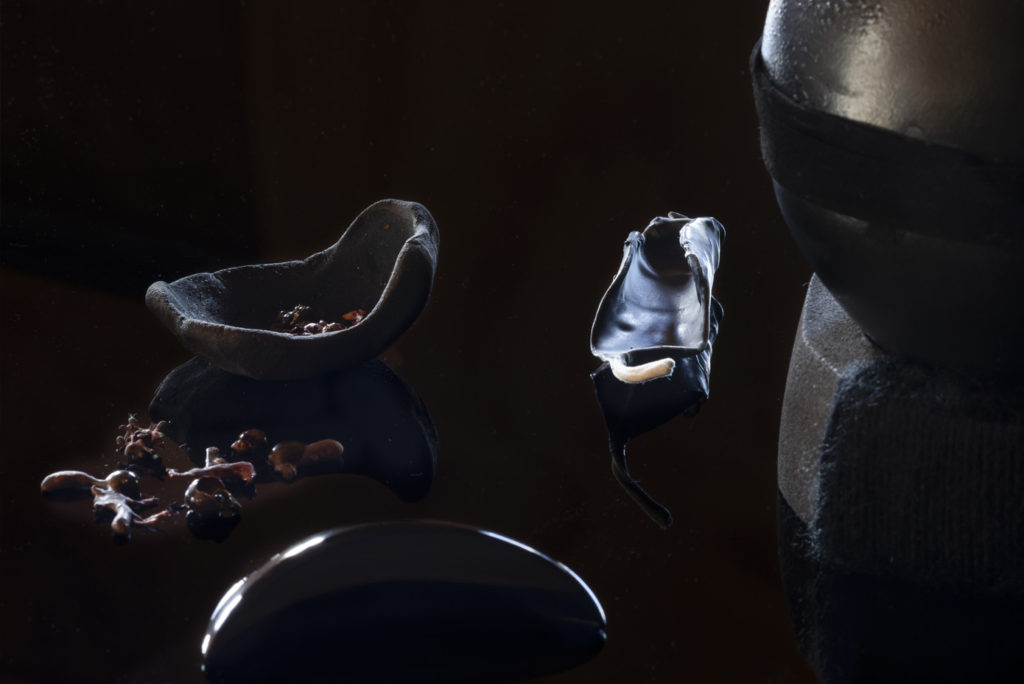 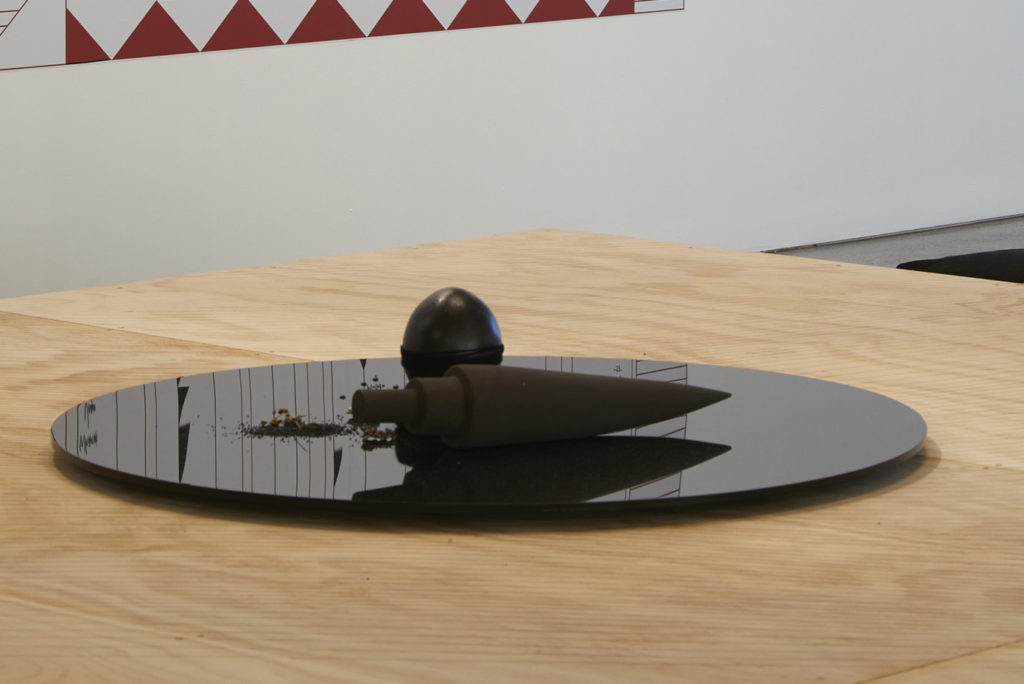 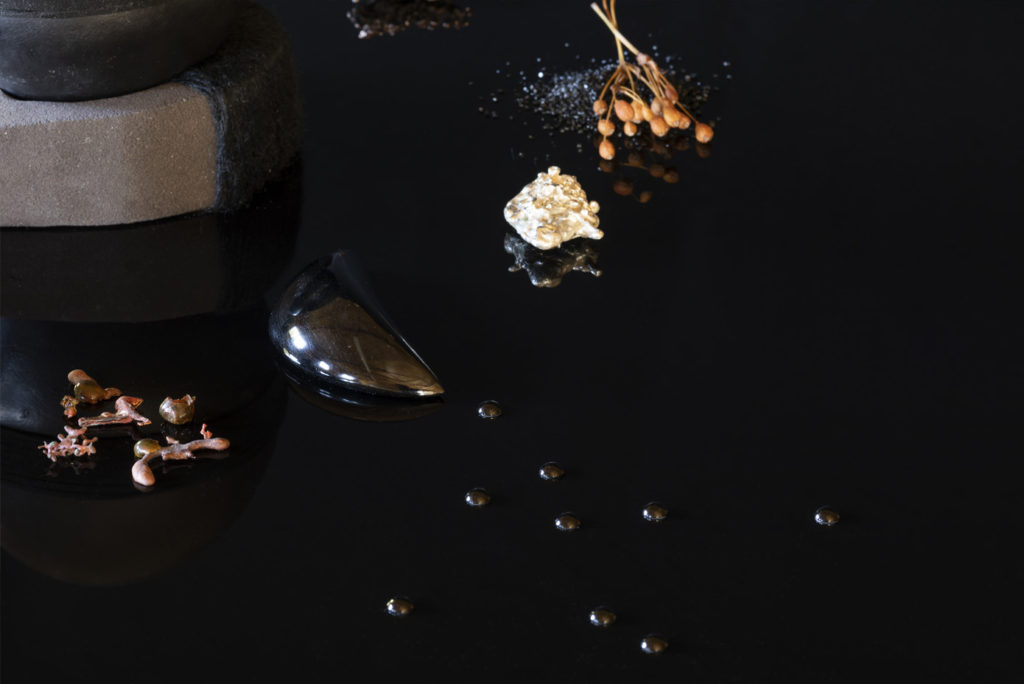 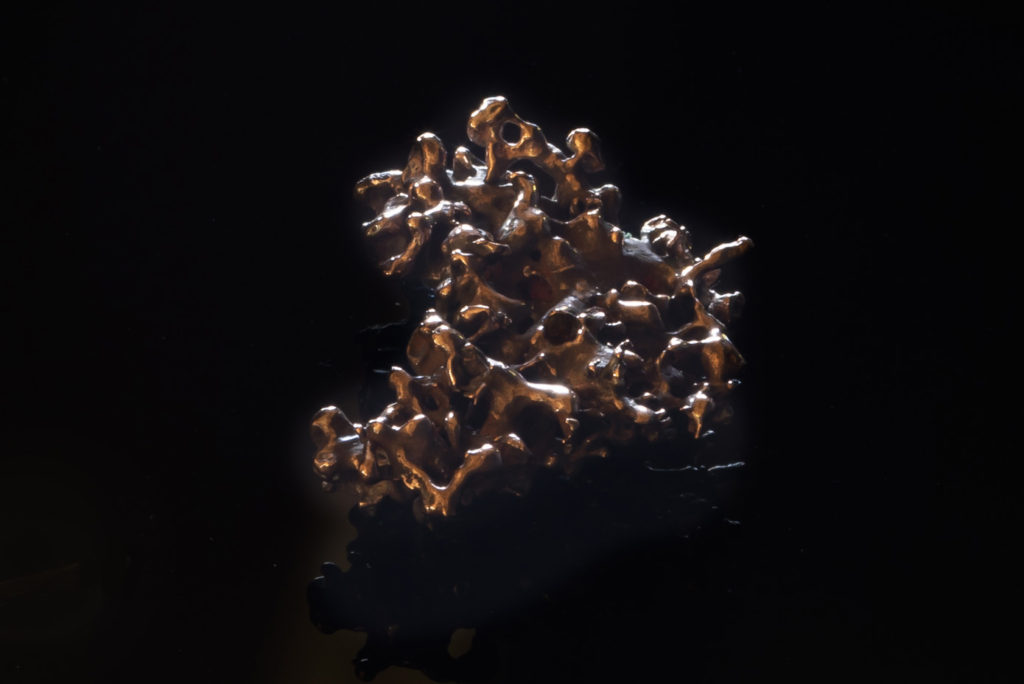 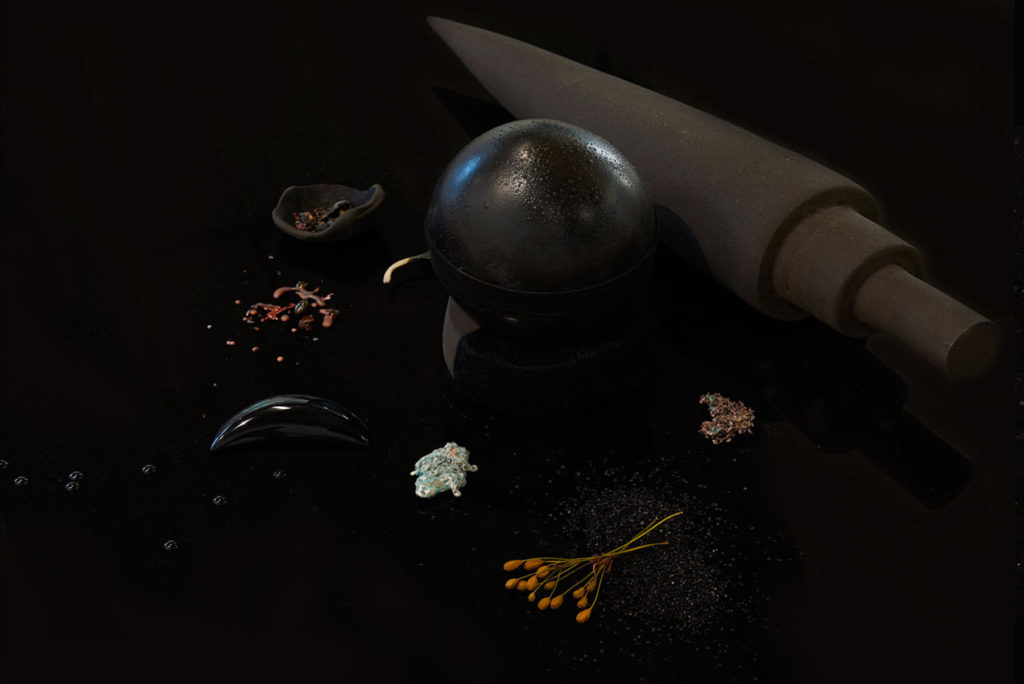 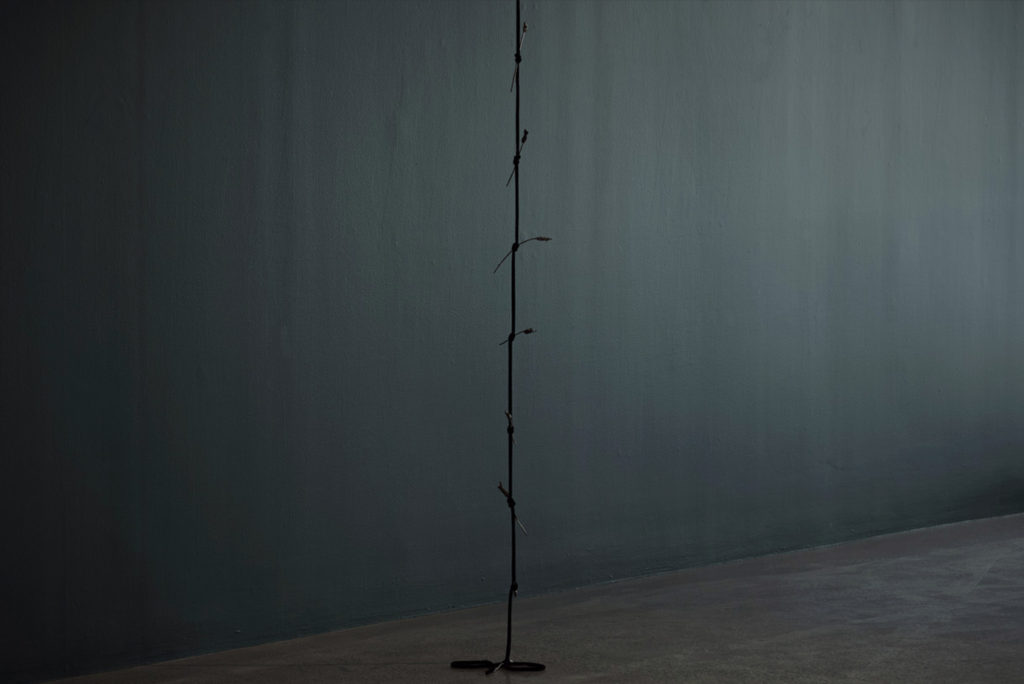 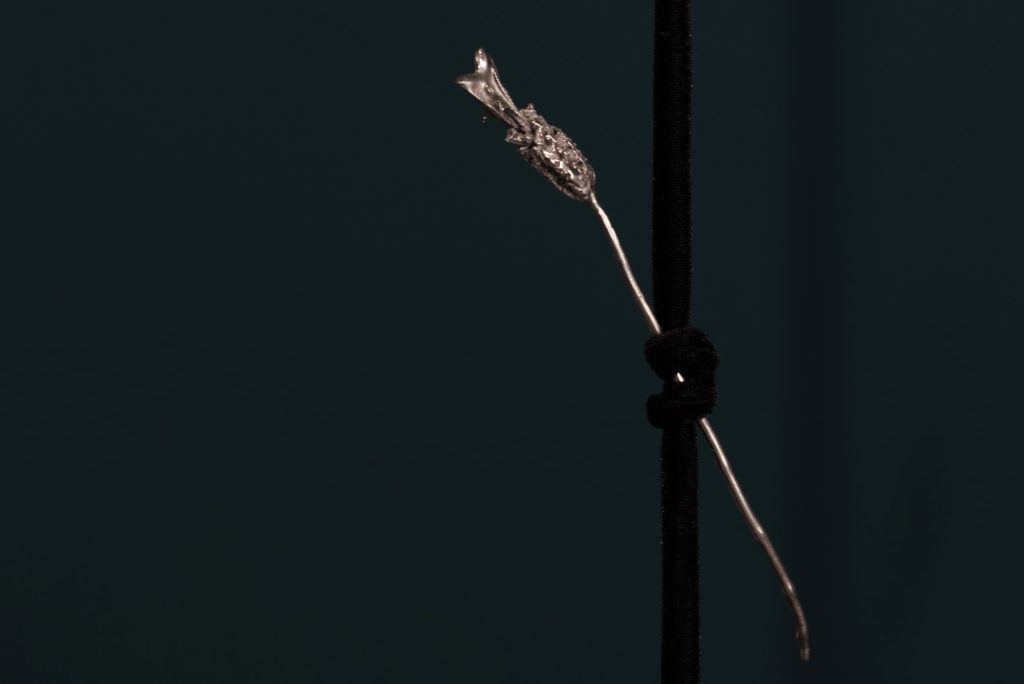 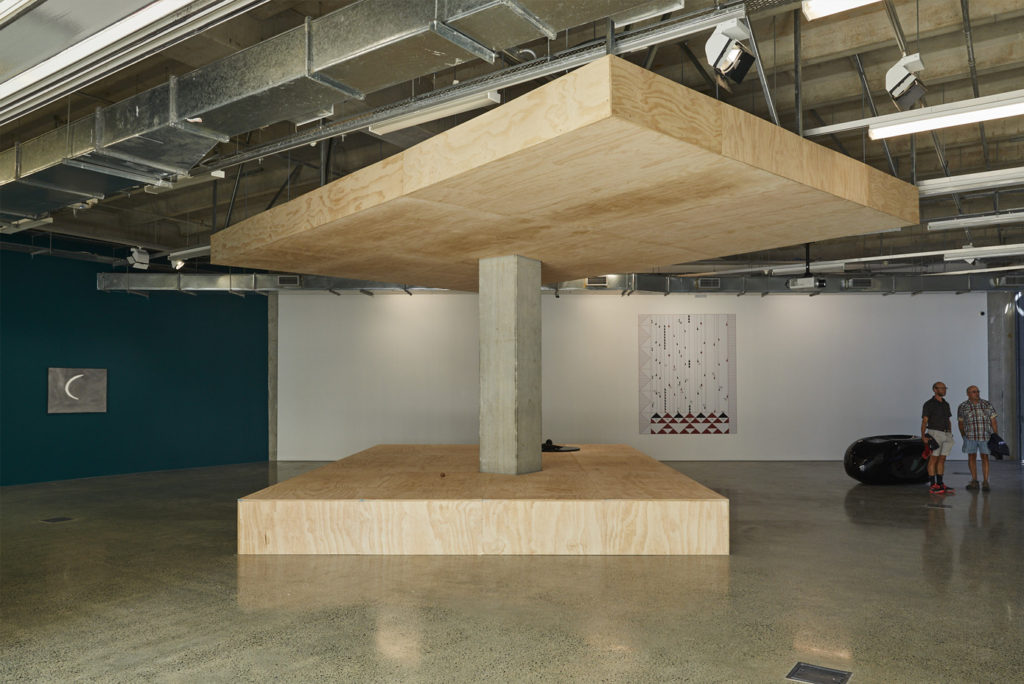 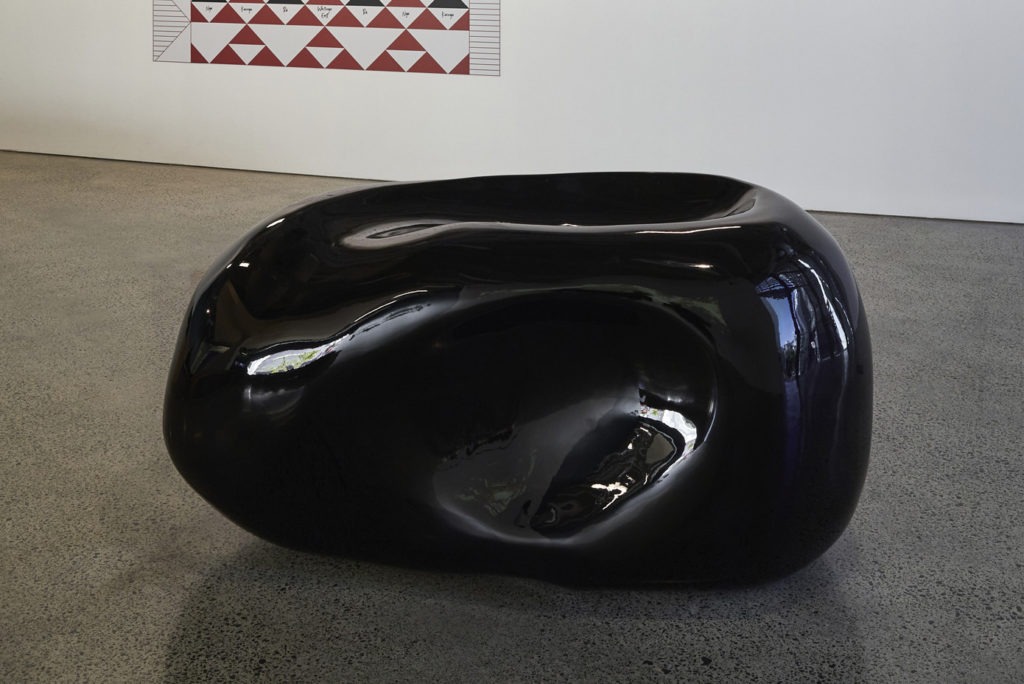 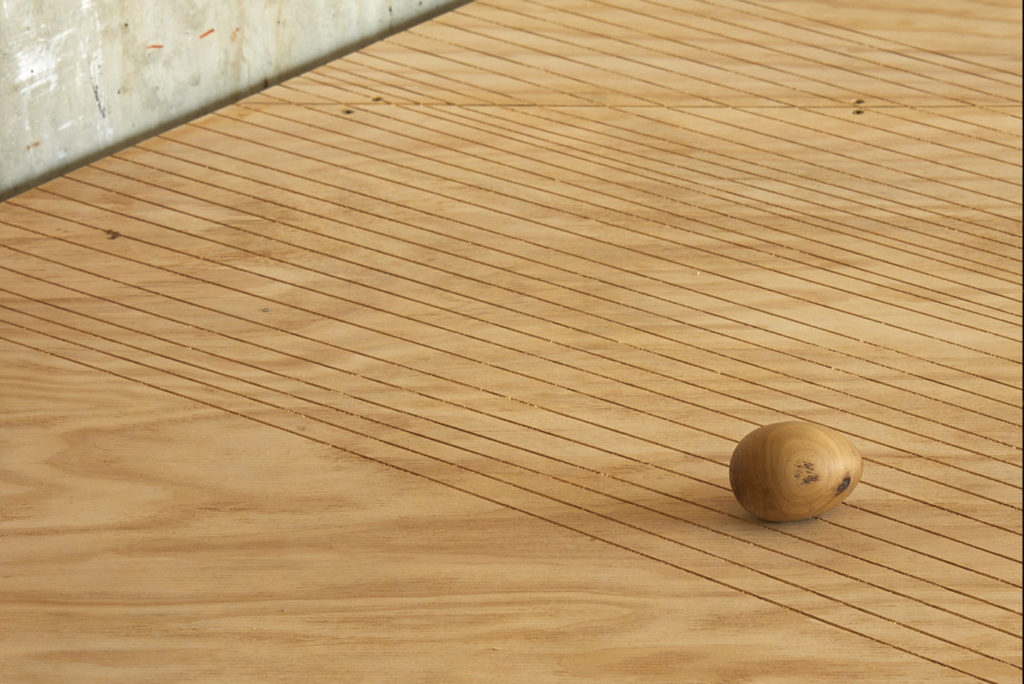 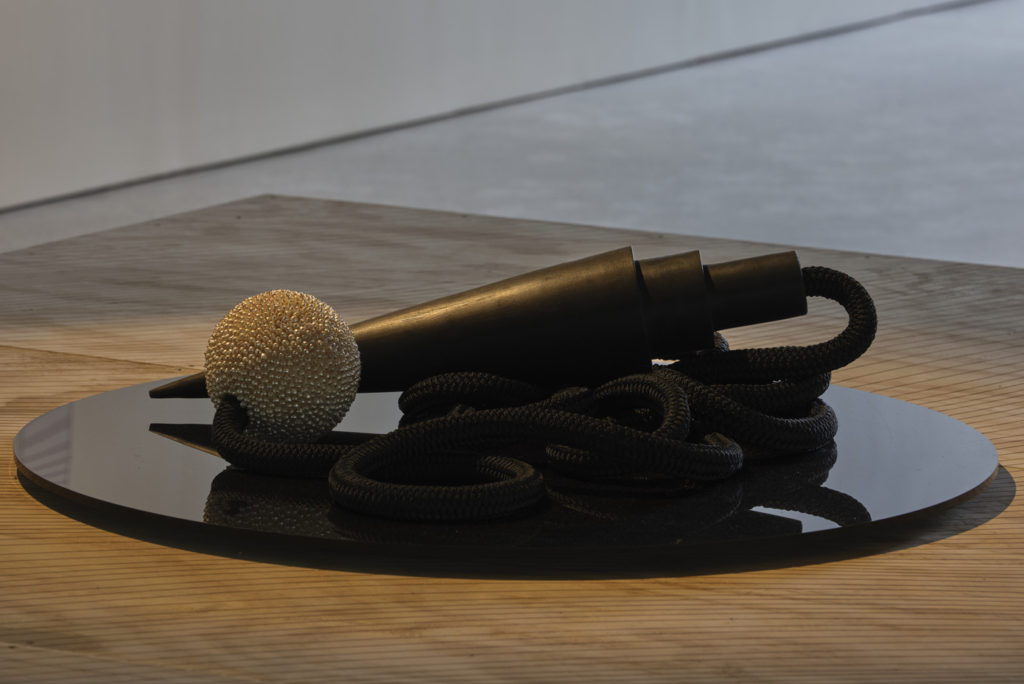 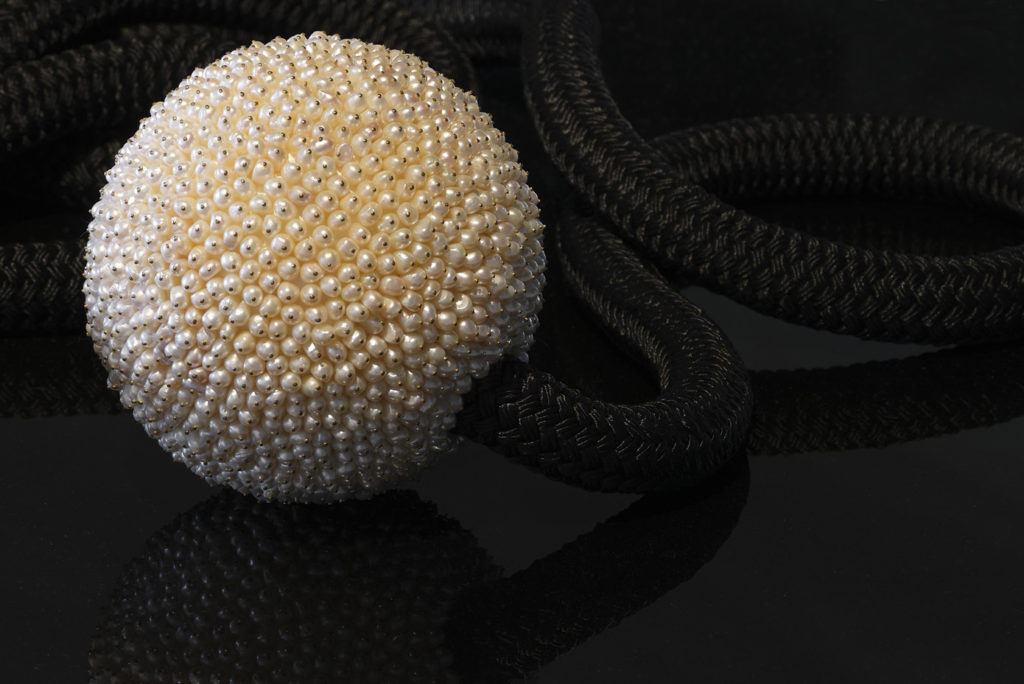 Jen Bowmast’s practice of making is grounded in metaphysical and spiritual enquiry. Metaphysics is derived from Greek, ‘after the things of nature’, and is the philosophical study of the nature of the world and what it means to inhabit it as human.

Jen’s practice and enquiry developed counter to the emphasis placed on predominantly European philosophy that she experienced during Masters study in art. This she “found frustrating” because her “more intuitive and emotional motivations in making work…had to be rationalised within an academic context.” As a response to the academic focus on knowledge acquisition, Jen tuned into the ‘unknown’ and began to use psychic mediums alongside philosophy and art theory. While she acknowledges that it was at first simply a strategic response, it has opened up a whole new way of thinking, doing and being that has developed into a core aspect of her practice. As the research progressed, Jen learnt of ‘transpersonal methodology,’ which originates in psychology and uses an approach of non-judgmental openness to experience. Jen took up this approach, which lends itself to developing intuition, empathy and self-awareness, and folded it into her material practice. In this way, the spiritual becomes a more personal, experiential understanding that is formed through living and being in the world.

Working towards an installation, Jen begins by observing site to “better understand the formal qualities, temperament and…atmosphere.” Her processes and methods include a studio-based ‘tuning in’ in advance of the installation, which involves reconnecting with existing objects from previous installations and making new objects; consultations with divinatory readers, scrying (looking for signs in a reflective surface), Molybdomancy (divination with molten metal) “as a way to expand ‘ways of knowing’ and understanding of the site.” When on-site, Jen spends time over a period of days developing rituals and rhythms responsive to the space, this includes collecting objects and materials from around the site. Working with these practices and with context in a highly responsive way, the “ephemeral and ‘felt’ take precedence over the intellectual and rational.”

Jen works with materials that themselves go through transformational processes as they are formed – glazed and fired clay, cast Bronze, wax dipped plant materials, carved wood, casting molten metal in water – all reshaping their surfaces and appearance. As installations, the carefully chosen materials speak, the arrangements are intuitively placed in conversations between materials – the highly reflective and matte surfaces complementing and contrasting with each other. As artefacts that carry energies of the making processes, they can be seen as transitional objects located physically here, now and connected to other places and times.

Calling the Sentient is Jen’s second response to Speaking Surfaces. Materially, Calling the Sentient has symbolic references: Red Cedar is associated with protection against disease, healing, purification, and for spiritual protection; pearls are often in the realm of the feminine, at times representing wisdom gained through experience. Calling the Sentient resembles a divination pendulum, its scale connecting it to the sculptural. The refective Perspex disc could be a surface for the technique of scrying, or second sight, a form of divination to discover hidden knowledge. Similarly, Psychopomp has a resemblance to polished obsidian – a medium sometimes used for scrying. Named from the Greek psychopompós meaning ‘guide of the souls’ Psychopomp sits as a silent, reflective presence that, as Cassandra Barnett has written, is “an anchor, a kuia, a source of endless potency for the forms downwind of it.”

Ladder Imagined is a velvet rope knotted to hold ‘wands of intent’ made from bronze cast lavender stems. Lavender is a medicinal plant that has been in use for centuries and there are recent studies supporting its effectiveness in different neurological and psychological disorders. Bronze is an alloy which is primarily copper – a naturally occurring highly conductive metal used by humans from c.8000BC. Copper is an essential trace mineral to all living organisms and symbolises both masculine and feminine energy for protection against dark maladies. The chosen form of Ladder Imagined is a response to the ‘witch’s ladder’ first written about in Folk-Lore Journal in 1887 wherein Wellington, Somerset, UK an object that was referred to as a witch ladder was found in an old house. While subsequent investigations into the use of the object have not proven or disproven it as a spellcasting form, “it nevertheless became involved in the revival of witchcraft in Britain during the 20th century” and remains in Witchcraft practices today as a way to carry intent.

Taniwha in the Room: A Response to Speaking Surfaces, Part Two by Cassandra Barnett (Excerpt)

Jen Bowmast, Calls herself into being / Psychopomp, installation

I’m peering at a scattering of earthly jewels. Droplets of form in copper, obsidian, clay, bronze, silver, wax, wood, wool. Tacit, witchy things. Natural materials moulded by human desires into tiny seeds, an egg, an arrowhead-pendulum. The many textures of Papatūānuku are relieving here, amongst all the squares and screens. But why these things? They sit on a reflective circular black disk down one end of VĀWĀ. A dark moon, just beyond arm’s reach.

Nearby on the floor sits a much larger, shining black sculpture. A biomorph like nothing Henry Moore ever made; imperious counterpart to his woman-objectifying sculptures. It’s so shiny it looks wet. Like the pounamu in Te Papa, it calls out to be touched. It’s an anchor, a kuia, a source of endless potency for the forms downwind of it. These are things for querent hands. Votive things, supplicant things, charged things. Don’t mess with us, they whisper.

One thing I like about art in the European esoteric tradition is that it centres a decolonising seam to be found inside of Western culture. Seams like this help my inner manuhiri befriend my inner tangata whenua. They might hold clues for other manuhiri too – something belonging to them – as they step up as allies of decolonisation.

The divinatory knowledge practices Bowmast draws on (including scrying, molybdomancy and psychic readings) are sometimes discredited by the same rationalist-imperialist zeal that oppresses non-Western knowings. Witches, mediums, clairvoyants, tohunga: each have had their turn as enemies of the crown and the Christian-secular state. Some more devastatingly than others, of course.

The roomsheet tells me Bowmast’s materials go through transformational processes as they are formed – glazed and fired clay, cast bronze, wax dipped plant materials, carved wood … reshaping their surfaces and appearance … As artefacts that carry energies of the making processes, they can be seen as transitional objects located physically here, now and connected to other places and times.

Taonga also connect people across space and time, albeit through vastly different processes. Like taonga, Bowmast’s miniatures elude capture by colonial power structures. Like taonga they are physical tohu of earth, sea and sky, but carry unseen presences too. These, alongside Ruth Castle’s works, are the physical artefacts in the room. I’m glad they’re not actual taonga, not Māori ‘artefacts’ this time, but sacred tools of a different order. Come as allies to help bear the burden of revival and reclamation.

I’m reaching, stretching for relationship across difference. Because the vā asks me to.

Excerpt from Taniwha in the Room: A Response to Speaking Surfaces, Part Two. Published by The Pantograph Punch